Do you or your employees postpone tasks over and over again? Do you tend to say: “I have a lot of time, so I can do it later”? Don’t blame yourself for being lazy, laziness do not exist. It is a PROCRASTINATION – psychologically approved ailment, which you can defeat following a few simple steps.

PROCRASTINATION: the word comes from the Latin and literally means “to postpone something until tomorrow”. In brief it is about “postponing, delaying a task or decision” (Piers Steel, The Nature of Procrastination). The significant fact is that many psychologists consider it to be an irrational act – it means that when we procrastinate, we do something against our interests, preferences and psychological nature, what is, in fact, a little bit insane and can have bad consequences. The best example of it is a procrastination loop.

Meet Josh. Josh is a budding lawyer, but first of all, he is a hell of a procrastinator. Now, take a look at the way he goes when his boss gives him an extremely important task:

1. Josh is afraid of failure, so he drags it away – “I don’t have to start it right now – he thinks. – Nothing bad will happen if I start it tomorrow”.
2. After some time heavy cloud of remorse begins to hang over Josh’s head – “Maybe I should start doing this” – he thinks anxiously.
3. He pushes “malicious” thought away, finding a handful of clever excuses.
4. He denies that he postponed his extremely important task. “Cleaning my desk is equally important” – he tries to convince himself.
5. Reckoning comes: Josh abandons everything else, works night and day and finally he finishes his work.
6. The reckoning was a really hard time. Liters of coffee drunk, tons of cigarette butts fall out from an ashtray… Josh is exhausted and he can’t celebrate this finished job as merrily as he wants. He promises himself to never postpone a task again, but…
7. … next time the scenario will look exactly the same way.

Why is procrastination a pure evil? Moral of the story is obvious. Josh’s effort was too big and inadequate, because he did everything at the last minute, balancing on the knife’s edge. But a lot of procrastinators do not finish their tasks at all.

Procrastination is a serious ailment and it works as bad as it sounds. It repeats over and over again, preventing success and self-satisfaction. Procrastinators are often considered lazy and unorganized, what is especially harmful in work. In case of weak characters, procrastination can even lead to depression and neurosis (“I am useless”, “I can’t do anything right”).

Why do we procrastinate?

According to Sigmunt Freud’s psychoanalysis, we should search for causes of most of our problems in childhood. Have your parents or teachers forced you to always be the best? Children told to do everything better than others, often have a serious problem with motivation as adults – they don’t take any challenge in fear of not doing it perfectly. Procrastinators associate works with conflicts, pain and obstacles. They prefer to do something that provides satisfaction at the sight. They escape from duty, but at the same time they lament that there’s a job to do. It’s a vicious circle, which procrastinator has to stop necessarily.

A few steps to stop procrastinating 1. Specify exactly what you want to do – Kevin Hogan, American motivation expert, wrote in one of his books, that people work more willingly, when they have a clear purpose. Look at those two recommendations: “Write article about loosing time” and “Write two page article about what is and how to prevent procrastination”. Which one would you do more preferable?

2. Divide your task into several fragments – procrastinators tend to make huge plans, to have the excuse that they do nothing. Separate your task into short parts and try to arrange them from the most difficult to the easiest. The start of the hardest, and do not omit any part.

3. If you are a manager, do not leave your employees alone with this problem. A helpful idea is to organize frequent meetings. There’s a few benefits: you will be up to date with current work’s progress, your employees will try to be prepared for each meeting, and what’s more: they will have a feeling of support from your side, that will help them to work systematically.

4. Get rid of scatters – clean your desk and focus on your task only. Ignore Facebook and smiles you get – make it a reward: let yourself use them only when you complete part of the task.

5. Try not to think – rather just do things – this is probably the hardest part of the trip. You have to change your regularity into habit. The more you think the more questions and obstacles appear. They may be meaningful and answer-worthy, but they will not help you do your job. This is what the true discipline is about – just doing things. Thinking too much is not, paradoxically, always good for you,

6. Use time-administrating programs. At the beginning of your change efforts you will need some kind of guardian, who will help you to control your time at work. Try to use some time-tracking software, so you could measure your progress and know what you should work more on.

7. Think about the purpose – at the beginning the moments of doubt will be haunting you all the time – better get used to it. How to don’t give up? Thing about your task in general. Maybe filling in tables in excel seems to be stupid to you at the moment, but it is a part of bigger entirety. This entirety will bring you hard moments, but also satisfaction, happiness and money. Now it sounds more attractive, doesn’t it?

8. Chill out – don’t get overworked. Psychophysical restrictions or cause of procrastination too. Sleep as long as you need, work out, have a break in work when you need to. Keep balance.

Three Most Dangerous Time Vampires in the World

Every leader and employee knows that the number of sources of distraction can be infinite. Beautiful weather behind the window, striking news in the online press, email from the girl you’ve recently met, uncomfortable chair, clutter, private worries, existential nausea… Have you ever wondered how all these things affect your efficiency? Trust me, you really...
Productivity

Timer Tracker Software – How Can It Help You Save Time?

The age of internet and online software has led to the development of many project time tracking apps which can help save time in different ways. Read on and know how time tracker software are useful for saving time and improving productiveness. That “Time is Money” is always taken seriously by industries which need to abide... 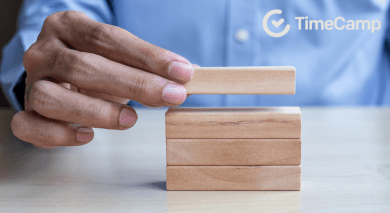 6 Things You Should Do Every Day To Become More Productive

Productive individuals emerge due to their abnormally extraordinary hard working attitudes. They are not placated with being average, they are better than expected. In any case, what the vast majority don’t understand is that not all productive people are savvier, more skilled or all the more dedicated. Here and there, their insider facts lie in...