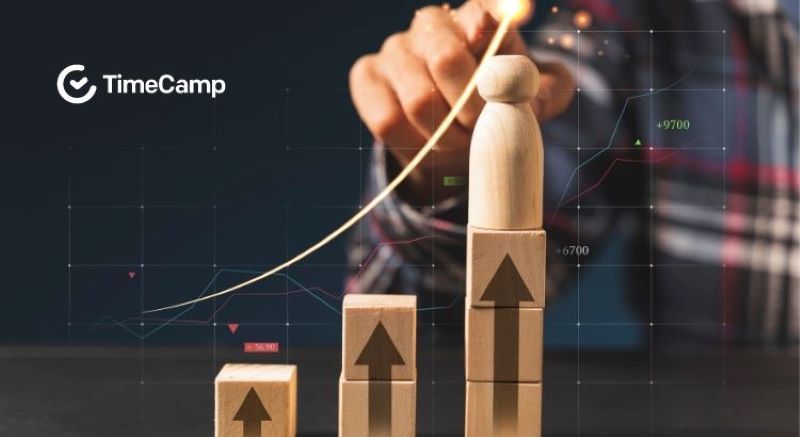 Managing projects is a huge responsibility that can be exciting and challenging but can be scary. The project’s progress may progress on time with the allotted budget. But is it really going as you planned?

Utilizing Earned Value Management (EVM) may seem threatening with its terminologies, but it is simpler than you think.

Additionally, it is a management technique that is more than 50 years old that helped both government agencies and private sectors.

What is Earned Value Management?

Earned Value Management (EVM) is a project management methodology that measures project performance by integrating the project’s schedule, costs, and scope. It provides a basis for assessing the work progress against a baseline plan and identifies possible risks and problems. It also enables project forecasting and helps project managers adjust accordingly.

However, earned value analysis is only up to the calculation part.

What is Earned Value Management used for?

The earned value management was developed to track large projects with a bigger budget to avoid going over, under, and underdelivering tasks. Basically, it is used for a project’s cost and schedule control and project forecasting.

Initially, the concept of EVM grew from the Department of Defense’s policy known as Cost/Schedule Control Systems/Criteria (C/SCSC or CS2) in 1967. It was used to manage their defense programs in the 1960s better. In the 1990s, the American National Standard Institute (ANSI) and the Electronic Association (EIA) made these into 32 guidelines for the earned value management system, which resulted in ANSI/EIA 748 standard.

Cost control refers to monitoring project status to update the project costs and managing the changes to the cost baseline. It helps recognize the deviations from the planned schedule and take preventive and corrective actions.

Meanwhile, schedule control is monitoring project activities to update the project progress and managing changes to the schedule to achieve the plan. It helps project managers understand how the project is progressing.

Both techniques are used to identify and minimize possible risks.

Integrating cost and schedule control can provide you with information on whether you are on, under, or over the budget. The project manager can utilize the combined data to forecast future schedules and cash flow management performance.

What are the core concepts of Earned Value Management?

It is essential to know the basic concepts of earned value management to understand the terminologies you will encounter fully. Each of these concepts is important in the improvement of project performance.

Planned value (PV) is the approved budget for the work scheduled to be done as determined by the cost and schedule baseline. Planned value also varies on the scope of work and the point where you are at in the schedule.

Also known as the budgeted cost for work scheduled (BCWS), planned value can be viewed in two ways: cumulative and current.

Actual cost, also known as the actual cost of work performed (ACWP), refers to the cost incurred for performing a job on a project.

Tracking the project’s actual costs can be easy using good cost management software. You must include the hidden costs, such as software licenses, material, and overheads, in computing the actual cost (AC).

Similar to the planned value, AC can be cumulative and current. Cumulative AC is the total actual costs for work performed to date. Meanwhile, current AC is the total costs spent on work done during a given period, which can be days, weeks, or months.

Earned value (EV) is the approved budget for the work accomplished by a set date. It quantifies the worth of the work performed to date, which tells you what the project has completed so far.

Earned value is the budgeted cost of work performed (BCWP). It can be cumulative or current, depending on how one wants to present it.

Calculating the planned value, actual cost, and earned value is one step of variance calculation and analysis. As the PMBOK of the Project Management Institute stated, variance analysis is the quantifiable departure, divergence, or deviation from the expected value. In other words, it determines how far we are from the project baseline through schedule and cost variance.

Schedule variance (SV) measures the difference between the work accomplished and the work planned to be achieved. It shows whether the project is on time as scheduled or not.

The formula for schedule variance is project earned value minus the planned value (SV = EV – PV).

Since we want to understand the schedule from the perspective of costs, we need to know the scope of work planned and completed to arrive at the said costs.

Cost variance (CV) shows if the project is within the budget or not by measuring the difference between the amount budgeted for planned work and the actual amount spent for the work accomplished.

The formula for the schedule performance index is equal to earned value divided by the planned value (SPI = EV/PV). An SPI that is greater than or equal to one shows a favorable condition, and the project is ahead of schedule. If the value is less than one indicates an unfavorable condition and that your project is behind your schedule.

Cost Performance Index (CPI) is the ratio between the approved budget for work accomplished and the actual budget spent. It measures the project’s cost efficiency, which can be used for estimating the cost of the remaining work. 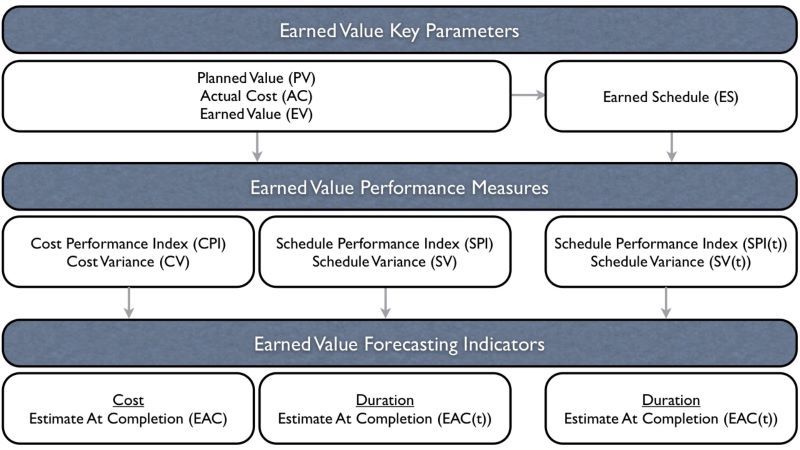 Earned value management is a powerful program management technique that has benefits. These are:

The cost and schedule variances in EVM can help detect and identify at the early stage the risks and issues that occur or may occur during the duration of the project. Detecting these risks and problems earlier can help project managers intervene quickly and ahead of time, which leads to minimizing risks and higher success.

Earned value management gives stakeholders a complete view of the project’s timelines and costs for more visibility. The complete view is attainable because unknown factors have been transformed into quantifiable factors in earn value management systems. A breakdown list also shows people involved and tasks assigned to each person.

With EVM, there is always transparency.

Work breakdown structure (WBS) is a graphical presentation that presents deliverables to a unit of work. These units of work are then assigned, authorized, scheduled, and measured during production.

Knowing how the team is moving through EVM, the people will know their progress and be accountable for the work assigned to them. 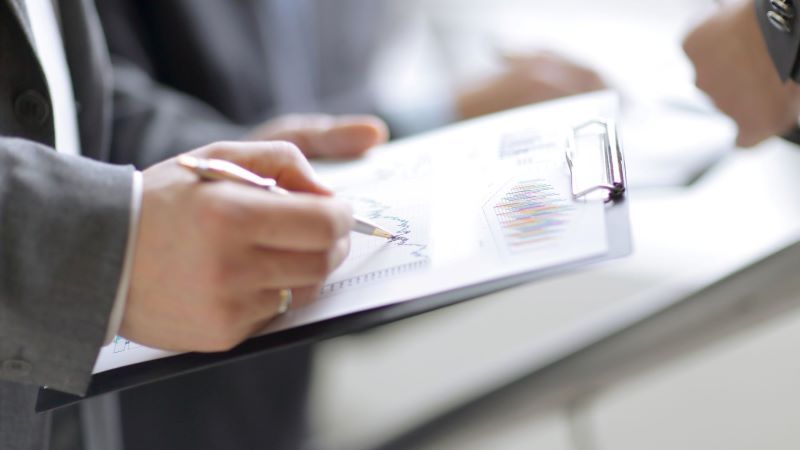 The profitability is analysis easier because earned value management gives a comprehensive report and data on the organization, planning, schedule, budgeting, and accounting for actual costs in a project.

👉 Read also our article about Net Income and profitability

Earned value management tracks not only the project performance against performance measurement baseline, but also the workforce performance involved in a project.

Both earned value management systems and analysis can follow how the project is going at the moment by consolidating the project scope, budget, and schedule.

With earned value management, some indicators show how one is progressing in their work by presenting the whether the project is on budget and schedule, the work accomplished, and the work needed to be done. 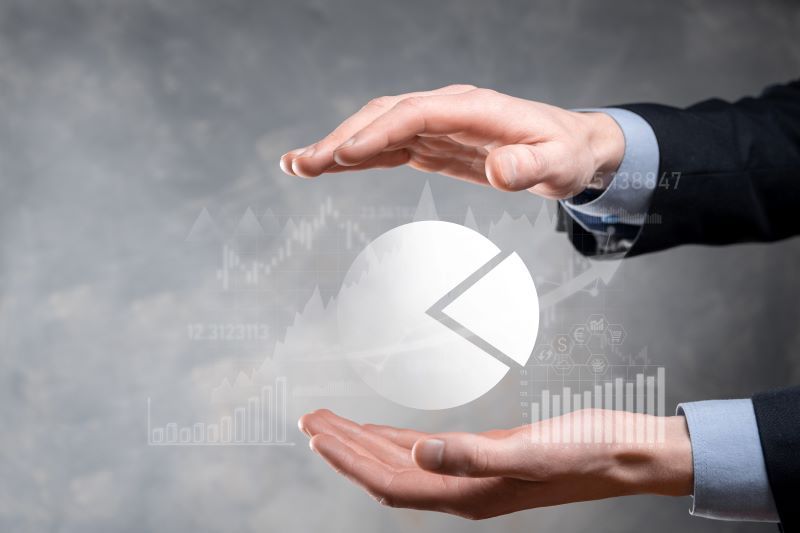 The earned value analysis provides information to the project managers a powerful tool to identify and quantify cost and schedule issues. They can use the data to follow and benchmark the current status against the project’s well-defined plan. They can also create a framework based on the data to make well-informed decisions.

With the benefits of earned value management, EVM became part of federal project risk management in 2005. It is also now a mandatory requirement of the US government and helped private sectors from different industries. Additionally, the Office of Management and Budget promotes EVM as the preferred performance-based management system in managing software projects.

We will present examples to understand further earned value management.

Below is the summary of the data:

The table shows that schedule variance is $0, and the schedule performance index is a positive 1. The numbers mean that the project is right on time as scheduled.

The cost variance is $10,000, while the cost performance index is 1.11. This signifies that the project is going on in a favorable condition. The project is under the budget, and if this goes on, the total cost for the project may be less than the original budget.

2. A 10-month project has an allocated budget of $500,000. The total budget is assumed to be spent each month equally. After three months, the project manager found that a total of $200,000 was consumed, and only 10% of the work was finished.

Here is the summary of the data:

Meanwhile, the cost variance is -$150,000, and the cost performance index is 0.25. This means that we are 300% over the planned budget. If this continues, the original budget may not be sufficient. The management should increase the budget.

Earned value management is a great project management technique applicable to either small or large projects. Utilizing this technique can increase your effectiveness and efficiency as a project manager. It can also improve your relationship background because of the comprehensiveness and transparency of this management methodology.

One notable thing about earned value management is that it is time-phased and tracks project and workforce performance. If you are a project manager, tracking software will lessen your workload.

TimeCamp is a good partner for your project management. This time tracking software efficiently and accurately track workers’ time and productivity. It also gives you reports to help you manage each worker’s tasks and the project in general.

What’s more, is that TimeCamp has a free version that is packed with useful features. It also allows many users with unlimited client projects. So, it is a very cost-effective tracker for you. 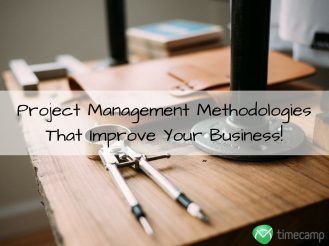 What is a Project Management Methodology? A project management methodology is a set of ideas/solutions that were created to facilitate the work in a company. It is pretty much a set of rules that the team should abide by, in order to finish their tasks and projects in a timely manner. There are plenty of […] 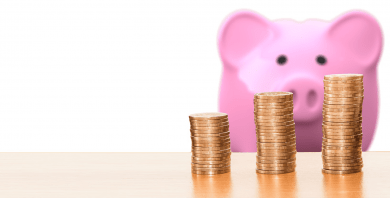 Budget Control Indicators You Should Use

Have Your Budget Under Control! Budget is the driving force of every company and that’s why you should have budget control indicators. They will help you keep financial stability and make your company successful. Budget sets various boundaries for your company. If it’s large, you have a wide scope of perspectives. You can invest it, […]