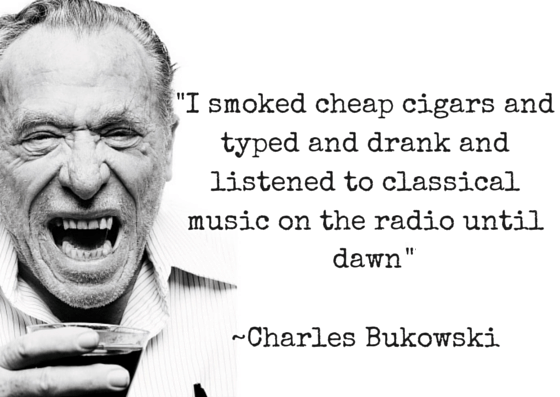 This American poet, novelist and hellraiser wrote thousands of poems, hundreds of short stories and six novels, eventually publishing over sixty books. His incredible creative fertility he owed to a several unusual rules:

1. When you work, listen to classical music and don’t hestite to have a couple of drinks

“I drank a pint of whiskey and two six packs of beer each night while writing. I smoked cheap cigars and typed and drank and listened to classical music on the radio until dawn. I set a goal of ten pages a night (…). I always exceeded my ten. Sometimes there were 17, 18, 23, 25 pages.” 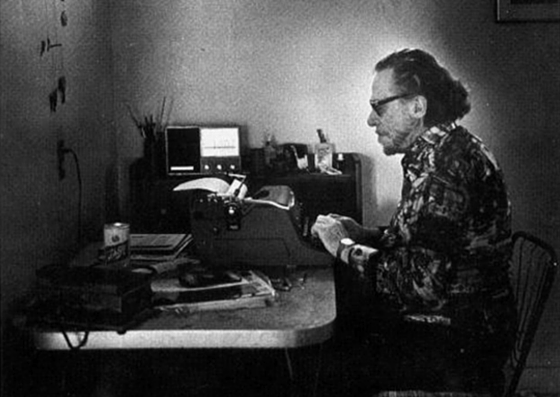 Bukowski used to sleep till late noon. Then he was spending time gambling, hanging out with fallen women, drinking and fighting in bars. He created most of his greatest works at night.

2. Don’t you ever work in the daytime

“I never write in the daytime. It’s like running through the shopping mall with your clothes off. Everybody can see you. At night…that’s when you pull the tricks…magic.” 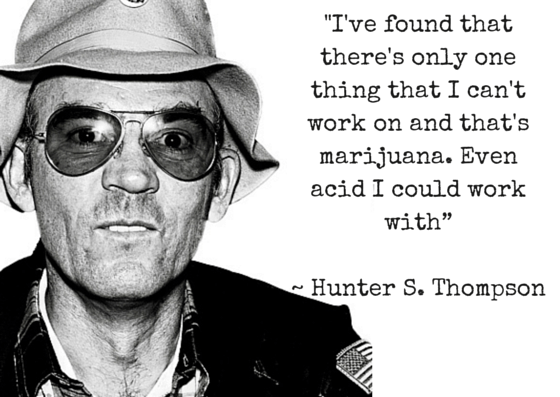 Writer, journalist, illustrator and photographer. Author of Fear and Loathing in Las Vegas, Rum Diaries, and hundreds of publications and letters.

4. You can work on drugs, but not on marijuana!

“My theory for years has been to write fast and get through it. I usually write five pages a night and leave them out for my assistant to type in the morning. (…) I’ve found that there’s only one thing that I can’t work on and that’s marijuana. Even acid I could work with”

5. Procrastinate as much as you want. Time pressure will give you wings

6. Work in peace? No way. Bad movies and good music will turn you on 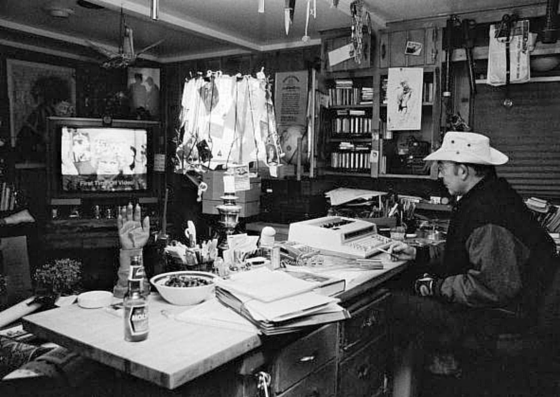 Thompson liked listening to music (mostly The Rolling Stones) and watching bad movies while he was writing. The inscription on the wall of his studio said: “No music + Bad TV = Bad mood & no pages.”

“Music has always been a matter of Energy to me, a question of Fuel. Sentimental people call it Inspiration, but what they really mean is Fuel. (…) On some nights I still believe that a car with the gas needle on empty can run about fifty more miles if you have the right music very loud on the radio.” 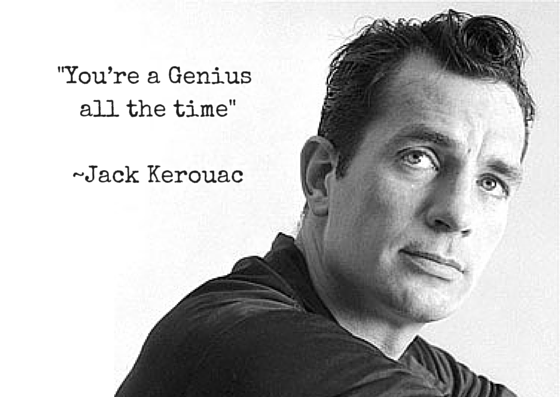 A poet, novelist, pioneer of Beat Generation, progenitor of the hippie movement, the “underground celebrity”. His greatest masterpiece On the Road, published in 1957, was translated into over 25 languages and it sales over 60, 000 copies a year.

8. Use a medicine for asthma. Have no asthma? Doesn’t matter.

Kerouac was a big fan of Benzedrine (hugely euphoric stimulant) that in 60’ was a popular bronchodilator. Thanks to this he has written his biggest work, On the Road in only three weeks, and a thinner novel, The Subterraneans in… three days. He was working day and night without sleep.

“Benny [Benzedrine] has made me see a lot. The process of intensifying awareness naturally leads to an overflow of old notions, and voila, new material wells up like water forming its proper level, and makes itself evident at the brim of consciousness. Brand new water!” 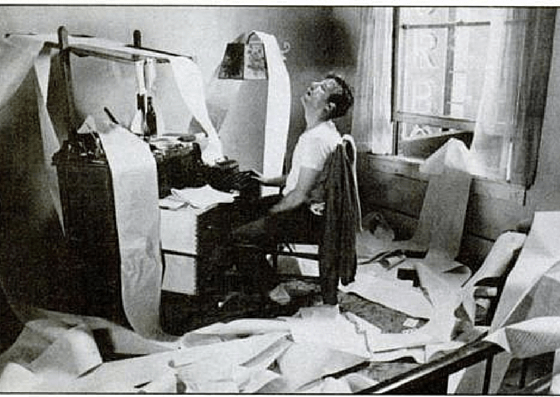 Kerouac wrote his legendary On the Road on “the scroll”. It was a 120-foot roll of tracing paper sheets that he cut to size of a typewriter and combined with tape. So he could continually write without changing paper sheets.

9. Excessive self-confidence is your best friend

Kerouac was always following his 30-point list Belief and Technique for Modern Prose. It was in fact a list of commandment concerning his work, mix of poetry, philosophy and serious advices.  Most of them appeals to self-confidence, like: “No fear or shame in the dignity of yr experience, language & knowledge” or “Accept loss forever”. And at last, the most encouraging:

“You’re a Genius all the time”