Some bosses will not hesitate to yell at you and even insult you. Some will never speak to you and others will like to be your friends. The bosses is a  weird nation. But you can deal with every type of them. Here is how to do it, on my own, proven example. 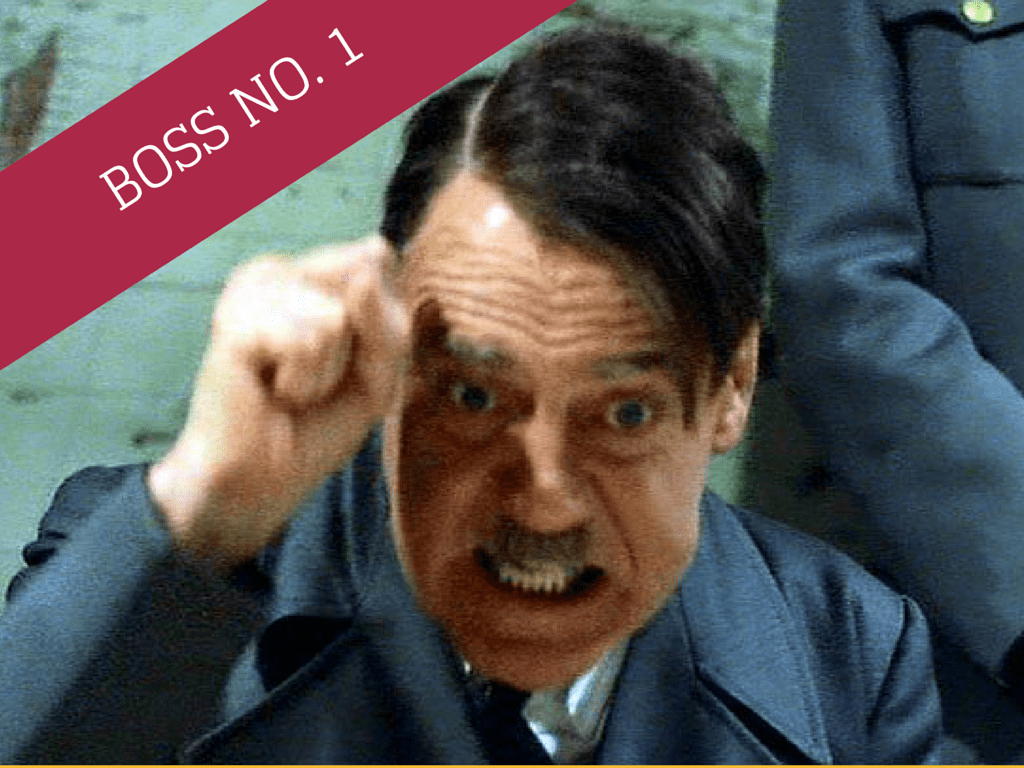 Hitler boss is a man who mistakes a company with an army. He doesn’t listen other opinions and doesn’t get into discussions. He loves strong discipline but the only way he can enforce it is by yelling and threatening.

His ideas are as big as his ego, but most of them seems to be unreal or simply stupid. He knows that people rahter fear him than love him and he uses it to creating a group of blind followers, affraid of arguing with him.

You have to be very strong mentally to be capable to work with boss like this. You have to have a rare ability to separate work reality and your own ideals. Prepare yourself that you will not be able to develop your skills and you will not be accepted until you blindly follow your boss orders, no matter how bad they are.

You won’t be able to argue with your boss even if you know he’s full of sh*t. If you could be like that, you can work with Hitler boss, if not – consider a change of job. 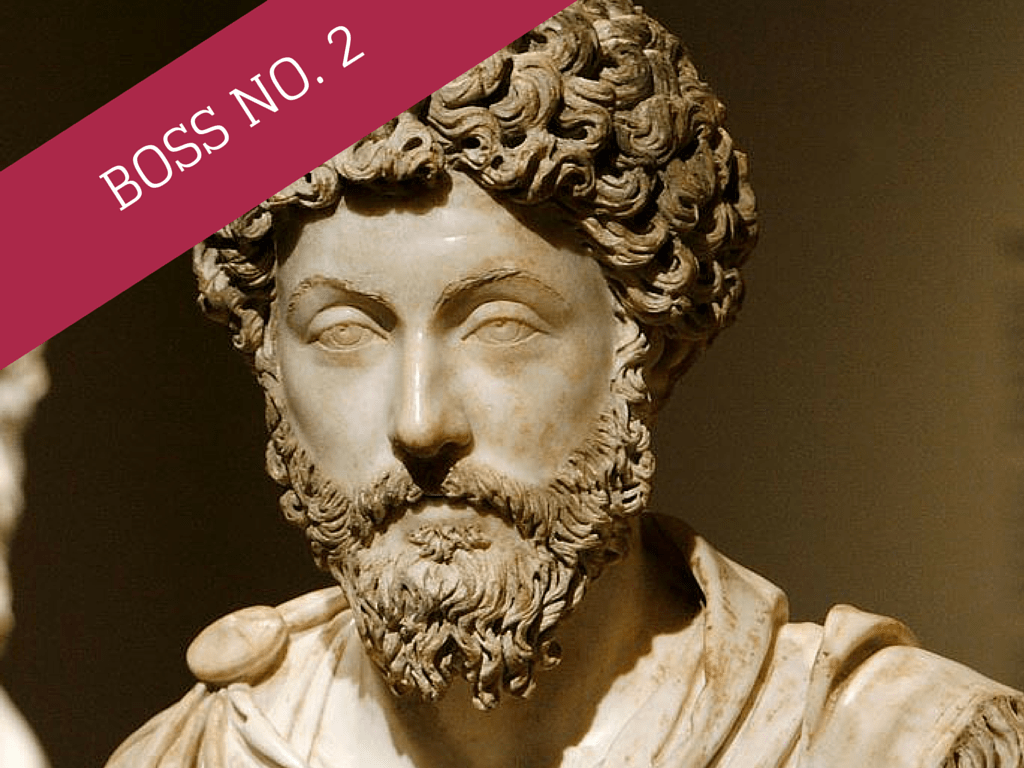 Stoic is a boss who never seems to be involved in your work. If you do some great job, he will say “Ok, good”, and that’s it. If you fail, he will say “It happens .Let’s try something else”. You tell him you will be out of office for two weeks and he don’t want to know why. After all you completely don’t know what does this guy think about you.

It can be extremely annoying, because you want to bo noticed. But though this be madness, yet there’s method in’t.

Stoic boss simply assumes that if you are e.g. a copywriter, you are trying to be the best copywriter you can be. And if you are trying indeed, you don’t need any appreciation. I know it’s important, but the earlier you learn to be ok with that, the better for you. But if you are not trying to do your best, maybe it’s time to think about it and change it?

Stoic boss gives you the opportunity to choose. Of course there is a temptation to use this trait of your boss and snub your work. But is this what you really want? 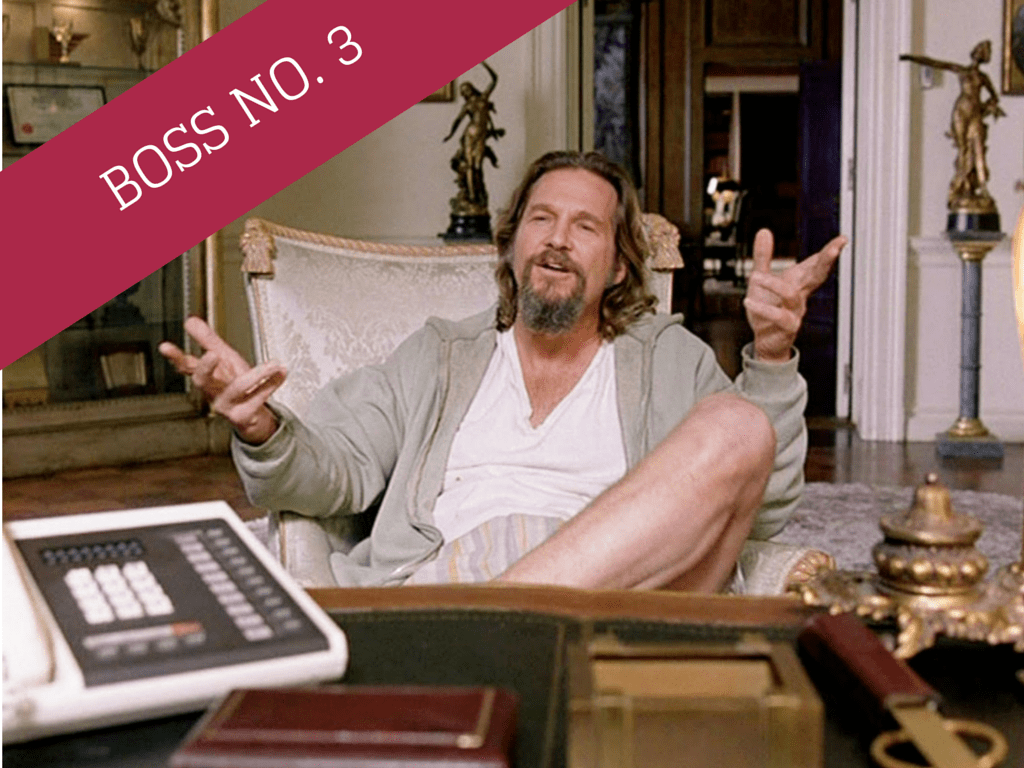 The buddy boss wants to be a friend to everyone. He takes the entire office for lunch, he asks you about your private life, he tries to be less categorical, he easily forgives when you fail.

The problem with buddy boss is, at first, he just can not be everyone’s friend, it’s impossible. In this cause it’s all up to you. If you like the guy, try to do your best. He won’t tell you he is dissapointed but it doesn’t mean that he is always happy with your failures, forgetting, laziness, etc…

If you don’t like him, be sincere and don’t involve in friendly chats, paying for your lunch etc… be honest. Than you will not feel that your relation with boss is false. This is what you can do. 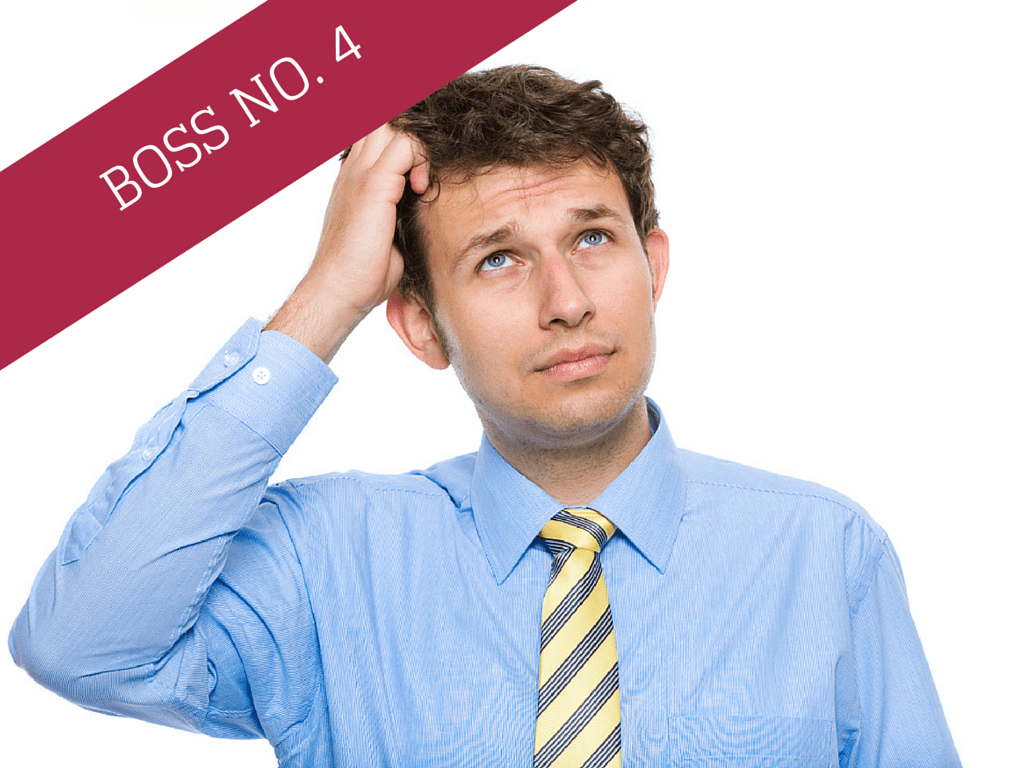 We all know this type of guy. He becomes a boss by coincidence, completely unprepared for work, without a needed skills. But he tries. He gives a long motivational speeches, he gets involved, he plans, but he really don’t like taking advice. Some of people laugh of him when he’s not around.

He is a funny topic for office chats, but he is not very good leader and things in the firm begins to fall apart.

You can join to the scoffers box or you can do something for your firm. The best way is to try to find a common language with new, unskilled boss. You have to explain him a lot of things and dissuade some of his “great” ideas.

The most difficult part in it is to not show any superiority as he is the boss and he doesn’t like being instructed. If you manage it, he will be grateful (but he won’t show it, of course) and you will have a great satisfaction.

Perect boss is the leader who can listen, who acts and learns fast, draws good conclusions, makes good decisons, and, like all of those “perfect” things, he doesn’t exist.

But if you are lucky, you can find one who is close to being perfect. I know one or two almost perfect bosses myslelf.

So, what’s your boss? Perfect? Stoic? Hitler? Or maybe someone else?