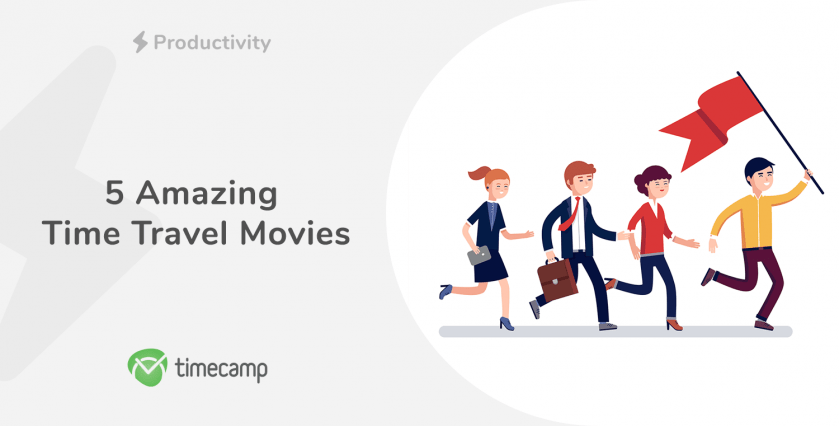 The weekend is closing in and while some of you will probably hit the city, go to a pub or club, meet with friends. However, many of you will decide to stay at home, relax, spend time with your family, perhaps watch a movie?

As promised, we are dedicating one entry per week to entertainment. We are still thinking about the name of this series, but anything that comes to my head is “the entertaining Thursday, so” and this is just poor. Maybe “The Thunderous Thursday”? Sounds a bit better. If you have any suggestions, let us know in the comments.

This week’s entry focuses on the fantastic world of the silver screen! If you are wondering what good movie you can watch during the weekend, we may be able to help. Here is the list of five blockbusters that were an absolute hit in their times and all have passed to history.

The problem is we are trying to build our posts around the concept of time. Thus, our list consists of the movies about time travel. These five are absolute classics so that you might have heard about them. But did you watch them? If no, this weekend may be a great time for it! Get it? Great time. Ho ho ho.

1. Back to the Future

An undeniable number one not only among movies about time travel but also the top of the pops in the whole comedy genre. This piece of art was directed by Robert Zemeckis in 1985 and tells the story of a typical teenager from the 80’s, Marty McFly. Marty loves rock music, skateboarding, and girls. His parents don’t understand him, and vice versa.

However, he has a friend in an elderly, eccentric Emmett “Doc” Brown – a stereotypical type of crazy scientist. The stereotype was most likely created by this particular character. Some very untypical circumstances lead Marty to make use of one of Doc’s wacky inventions – a DeLorean DMC-12 car that turns out to be a time machine.

Amazing performance by Michael J. Fox and Christopher Lloyd, fascinating and engaging plot, and visual effects that do not repel the viewer, even though it’s been 32 years since the premiere. An absolute MUST-WATCH, as well as its two sequels. 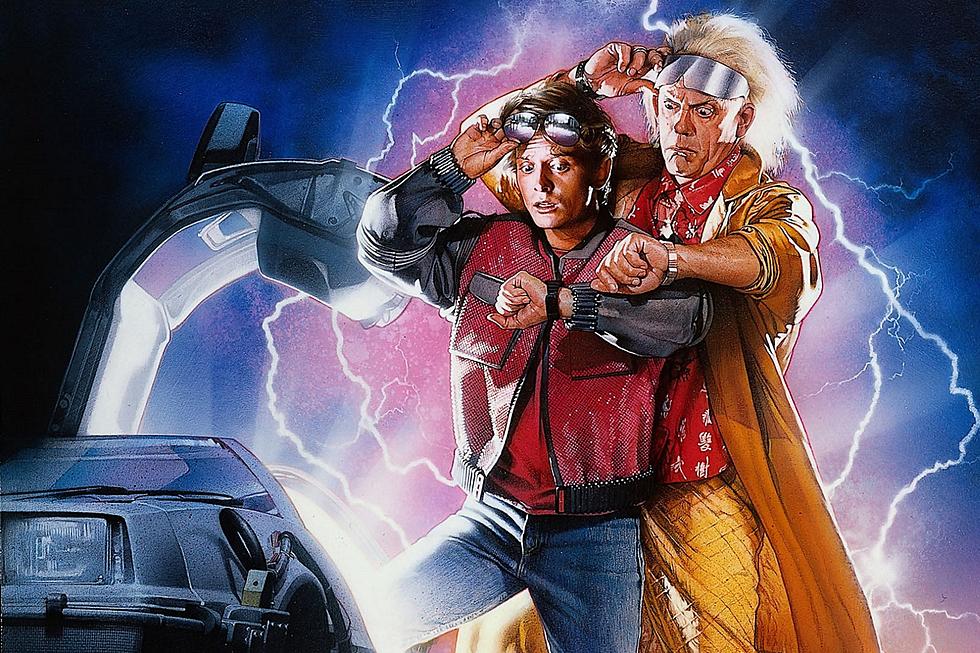 Well, we omitted the first movie of this legendary series, and we definitely recommend that you start watching this series from the beginning. Nevertheless, it would be a violation to recommend the first (though it’s great) movie over this one. This is a complete science-fiction masterpiece. Directed by James Cameron in 1991 it tells the story of a great love between a young boy, and a manly murderous robot. Close enough 😀 You should know what this movie is about!

The biggest role of Arnold Schwarzenneger that made him into an icon of action movies. The biggest but perhaps not the greatest. In the whole movie, he said just 700 words and got paid $15 million dollars for it. Oh, but this look, this presence, he deserved it. 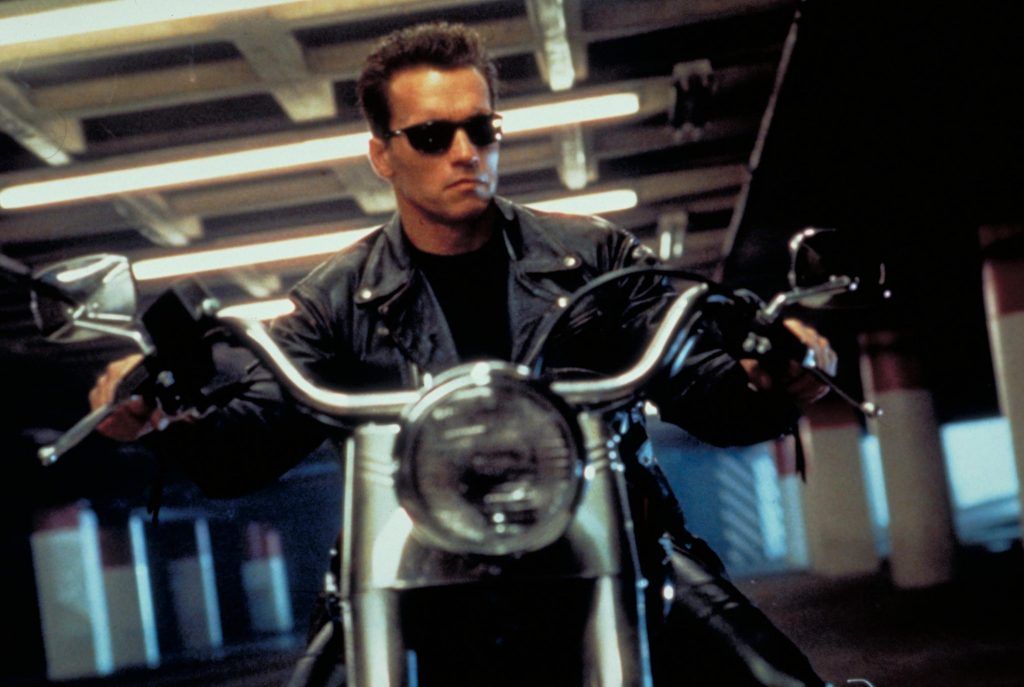 Starring another icon of action movies – Bruce Willis. Accompanying him is the young and ever handsome Brad Pitt (though he plays an important, but minor role.) An intense movie not only about time travel but about the purpose of human existence. Filmed in 1995 by Terry Gilliam, previously know from his gigs with the famous comedy group, Monthy Python.

Terrific performance by Bruce Willis, who once again proves that he can not only punch bad guys in the jaws but also distribute a whole palette of emotions. In 2035 the humanity is at the brink of extinction, an unknown virus has wiped our population from the face of the earth. Bruce Willis can save us, but at the same time, he can’t. Because everything has already happened, it cannot be changed. A superb approach to the concept of time travel. And ladies, you get to take a look and Mr. Willis’s butt more than once. 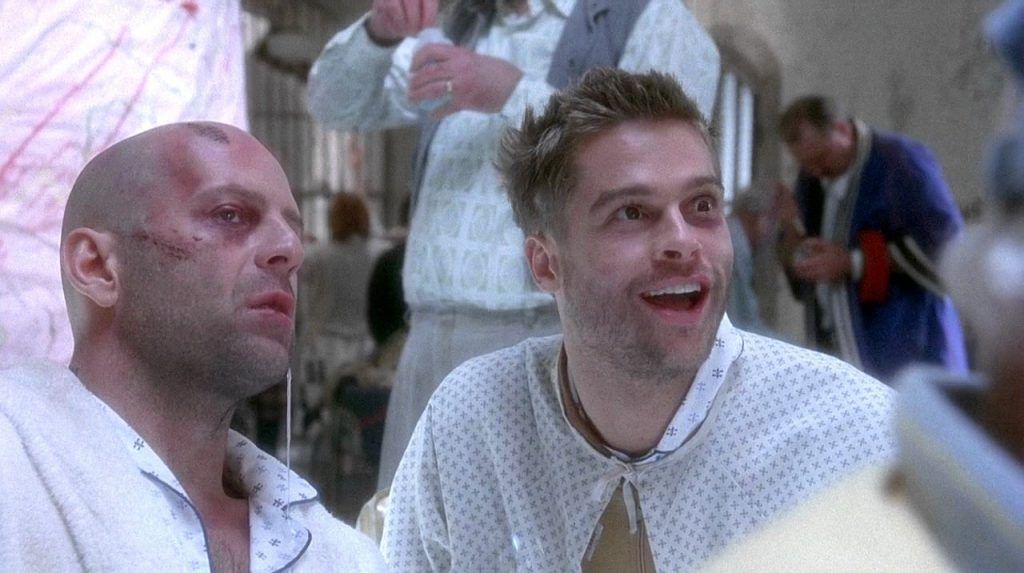 Comedy that perhaps is not as popular as “Back to the Future” but it is not worse in any way. A fascinating idea of an endless loop that traps the main character, and he is forced to live the same day through and through. Not a very pleasant day, to say much.

Outstanding performance by Bill Muray, who plays Phil, a TV weatherman. Phil is not very satisfied with his life and takes it out on others. Karma hits back and Phil quickly learns that being a total ass is not worth it, he also finds love. Brilliant movie for a Saturday evening for two. 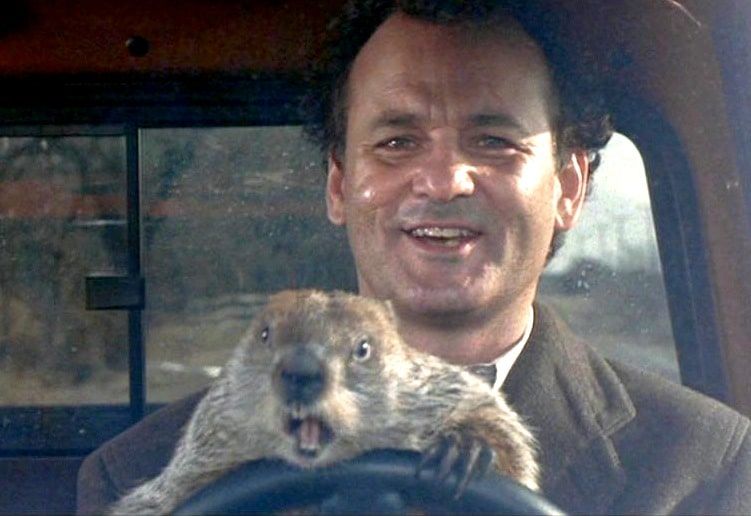 Young Jake Gyllenhaal plays Donnie in a really peculiar movie the touches the concept of time travel, psyche, and the darkness that lurks within us. Though it has a number of anti-fans who claim that this movie does not make much sense, but it does not stop it from receiving critical acclaim since its release in 2001. Very engaging. 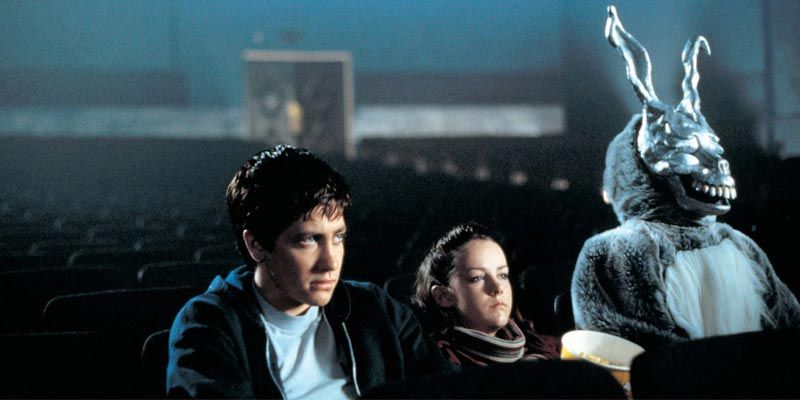