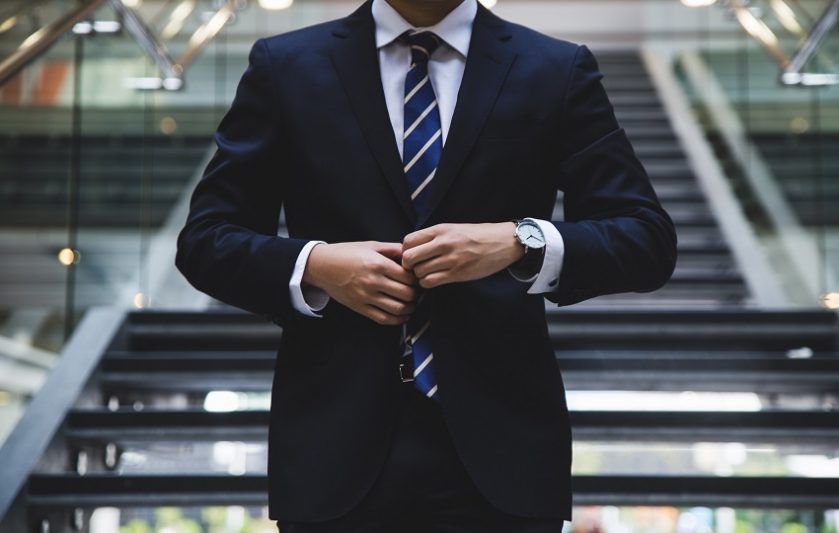 “People ask the difference between a leader and a boss. The leader leads, and the boss drives.” – Theodore Roosevelt

Boss Or a Leader, What’s The Difference?

A project manager, manager, supervisor, we call it all the same – a boss. But is this right to say that every person who is in charge is actually a boss? Of course, in the more general sense that is fair. However, we should be able to distinguish the real leader from a boss. It may seem that there is little difference between the two but, in fact, this difference is huge.

According to the Merriam Webster dictionary, a boss is “a person who exercises control or authority,” whereas a leader is “a person who leads.” Even though these two terms are used interchangeably, it’s important to know the difference.

That’s why today we present the main characteristics of a boss and leader. Keep reading to find why it’s important to know how to be a good leader and avoid being a boss. 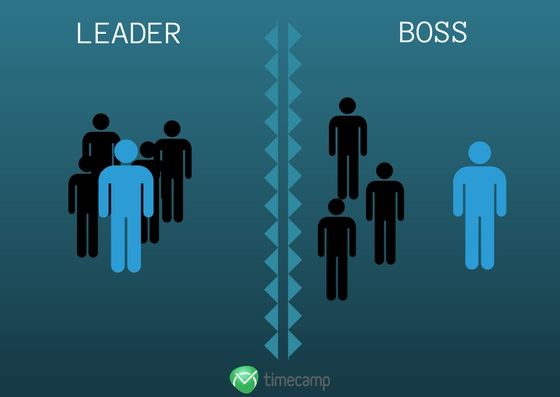 Chris Cebollero, the author of the book Ultimate Leadership, said in the podcast Stay on Top of Your Work that: “Leadership is really an action and you’ve got to show leadership every day. These people who we’re bringing into our organization, we’ve got to invest in them, and we’ve got to help them grow, we’ve gotta ask them what their goals are and help them reach their goals, and get them to their next level.”

And that’s the first characteristic of a good leader, that you don’t just tell people what they should do but you help them achieve their goals by giving an example by your approach to team and the mindset. Boss, on the other hand, isn’t concerned with the team’s development and showing them the right path but with his personal success. Thus, he only wants the team to do their tasks without engaging in their work. 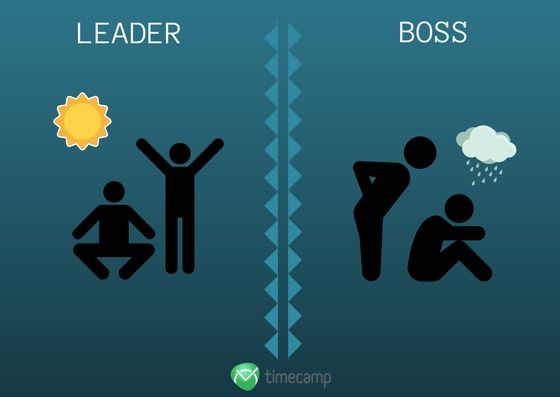 One of the main challenges of a good leader is to keep his team motivated. Leaders don’t yell at people and tell them what they did wrong, as it is often in the case of bosses, but they encourage to face challenges. If there is a problem or a conflict, a leader takes advantage of it and turns it in favor of the team. He finds opportunities in difficult situations and motivates his team to take an action.

Difference #3 Leader Builds a Team, Boss Tells People What to Do 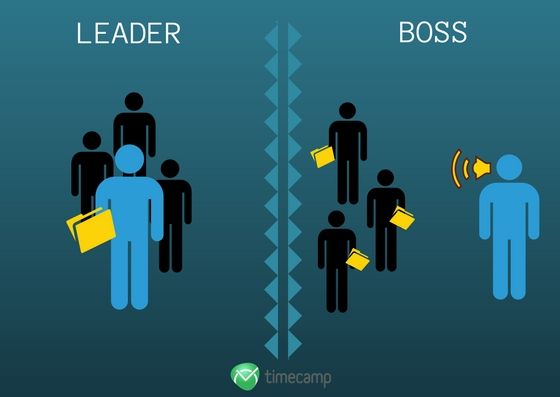 One of the perks of being a good leader is the challenge of managing a team. You can only do it right if you are able to build a great team. A team in which people communicate openly, are not afraid to ask questions and talk about their problems, and can always talk to the leader about any aspect of the work.

If you’re the type of a person who tells people what to do expecting miracles, you’re doing it wrong. Boss doesn’t care about building a team, he cares about the project being delivered and whether everyone in the team did his or her job. A leader is quite the opposite, he takes part in the project and supports his team instead of giving everyone orders. 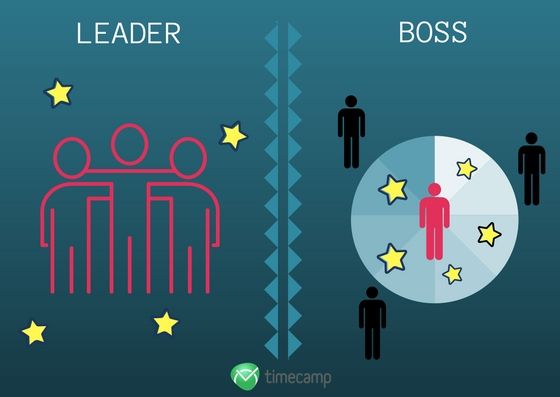 How many times did your boss take the credit for your or your team’s project? A true leader appreciates efforts of every person on the team and makes sure no one feels left behind. It’s important to see everyone’s efforts and praise people for it. The best way is in rewarding your team for their hard work and motivating them to become the better version of themselves. Also, a good leader teaches people the art of leadership.

So if you claim the credit for what your team did, you’re far from being a good leader. And that’s exceeding all the boundaries of an ethical leadership. 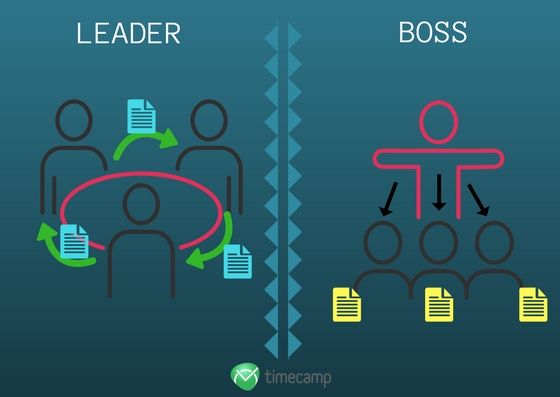 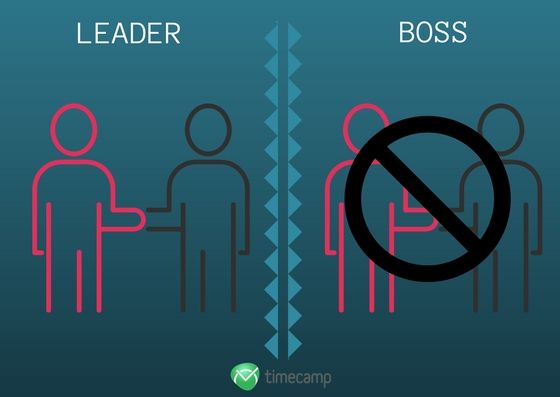 People are different, have different needs, feel things in a way others don’t, and a good leader is aware of that. A boss only wants to have the work done and doesn’t care about how it’s done. A leader is compassionate and understands the difficulties of projects. He is a person who wants to motivate people to take action and supports his team in difficult decisions.

It’s not said that you have to be the best friend of all your employees. However, it is important to remember that you should treat everyone equally, be open to their problems, and learn to manage people with different types of personalities.

Are You a Boss Or A Leader?

Being a good leader may also mean being a good boss. But you can’t be a good boss if you’re not a good leader. Your work shouldn’t be only about gaining profits for yourself, but, above all, it should be about people. Being a leader means showing people how to act and how to constantly become better. Leading a team is leading human beings, not robots.

Remember, if you don’t care about people, you’re not a leader. Leadership is all about people. 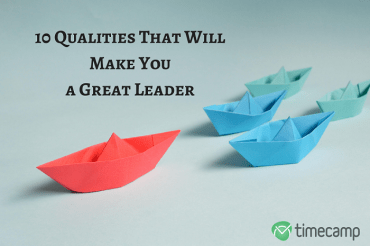 10 Qualities That Will Make You a Great Leader – Number 5 Will Surprise You!

Being a leader, either a Product or Project Manager, head of the department, or a company’s CEO requires specific and strong skills. Not everybody can be a leader. So before you start aspiring to become a person dominating over everyone else in the company, make sure you possess certain qualities. There is nothing worse than […] 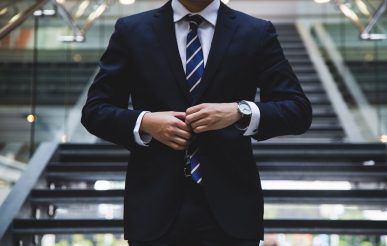 Boss vs Leader – Know The Difference!

“People ask the difference between a leader and a boss. The leader leads, and the boss drives.” – Theodore Roosevelt Boss Or a Leader, What’s The Difference? A project manager, manager, supervisor, we call it all the same – a boss. But is this right to say that every person who is in charge is actually […]
Project Management

6 Things That Successful Bosses Do Everyday

There are a variety of bosses you can be from the intimidator to just one of the guys, but neither of these will mean you are doing a good job. There are a number of things that successful bosses do everyday to balance; honesty, trust, respect and growth in the workplace. To be a successful boss you will […] 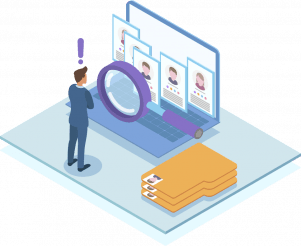 Drawbacks of Employee Monitoring and How to Address Them

Almost every company uses some kind of employee monitoring software and it’s totally understandable – it increases transparency in the workplace, reduces financial losses caused by unproductively spent work time, improves data security and brings many other benefits but like everything in this world – it’s not ideal and has its downsides. Even if the […] 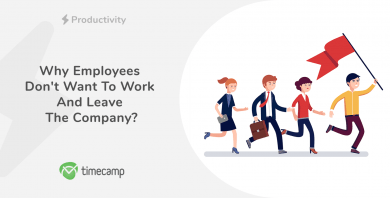 Why Employees Don’t Want To Work And Leave The Company?

If you were curious enough to analyze all reasons for quitting a job, you would discover that very few of them result directly from heavy workloads. According to Brigette Hyancinth, the real and major reasons for the lack of loyalty in the corporation are: inflexible working time, coffee/meal breaks, holidays, limited time spent with the […] 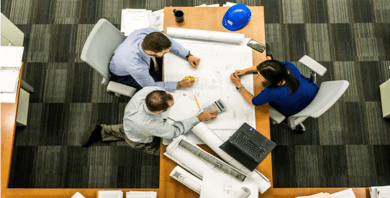 Construction Project Management A successful project is possible due to various factors – skilled expertise, effective collaboration, seamless communication, technology-oriented operations, strict adherence to objectives and timelines, and so on. The management of projects is similar in all the industries. The goals and processes may vary, but most of the factors remain the same. Nowadays, […] 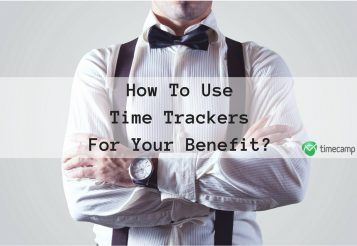 Is Time Tracker For You? It Surely Is.

It is not so easy to convince people to try time tracking software. Many still consider this software as a tool for invigilation. This article should provide some arguments for giving time tracking tools a try. We hope that after you get more familiar with our reasoning, you will be able to start treating time […] 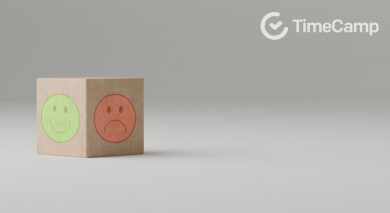 Time tracking implementation often fails. Why does it happen? In this article, you will find both answers, and tips for a success. 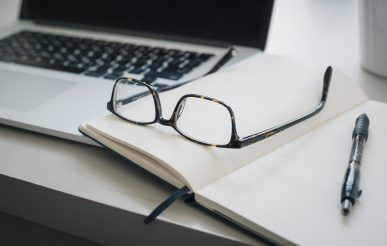 What Is Scope Creep in Project Management?

Have you ever experienced scope creep in your work? You probably have but may not be aware of it. It happens to everyone at least once in a lifetime. It doesn’t matter if you’re a project manager, team member or a freelancer working on your own. What is scope creep in project management? Why does […]