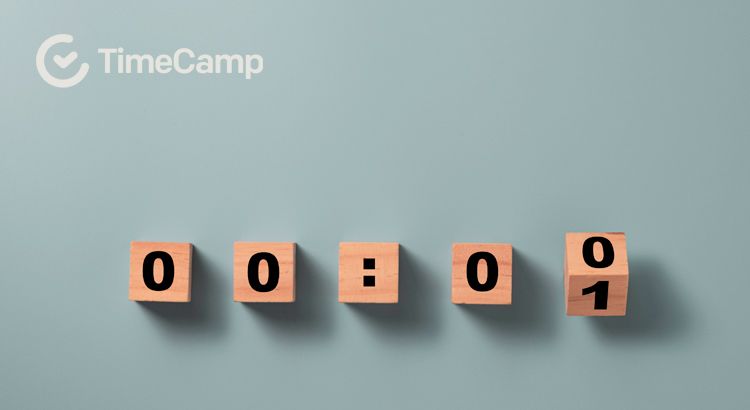 How many hours should you work a day, being hired full-time? If ever asked, I’m sure all of us would have serious problems finding the ideal number of working hours per week. A 40-hours workweek is a standard for an average employee in most countries. However, the discussion of whether such a model is appropriate for both mental and physical health is still open. We’ve recently heard many voices that companies should introduce shorter working hours.

So, how much time should we spend at work to perform our responsibilities and find the time to rest properly?

💚 How many hours a week is considered a full-time job?

As mentioned before, the national standard for full-time employment is 40 hours per week. The Bureau of Labor Statistics states that it’s expected for an average worker to spend at least 35 hours a week at work, which usually means five days, eight hours per day.

However, many people tend to work as many hours as they’re allowed to (which is quite understandable for these hired at an hourly rate that they want to squeeze as much as they can). New reports show that the average workday has increased 1.4 hours since February 2020, from 7.5 hours to 8.9 hours in October 2021, which gives us 44.6 hour workweek.

On the other hand, other workers prefer a flexible workstyle and compressed work hours; they can fulfill their responsibilities in a shorter amount of time. Because of similar reasons, such an approach is more popular among the people hired at a fixed price.

According to the standard number of hours workweek schedule, less than 35 hours worked per week is considered a part-time job. 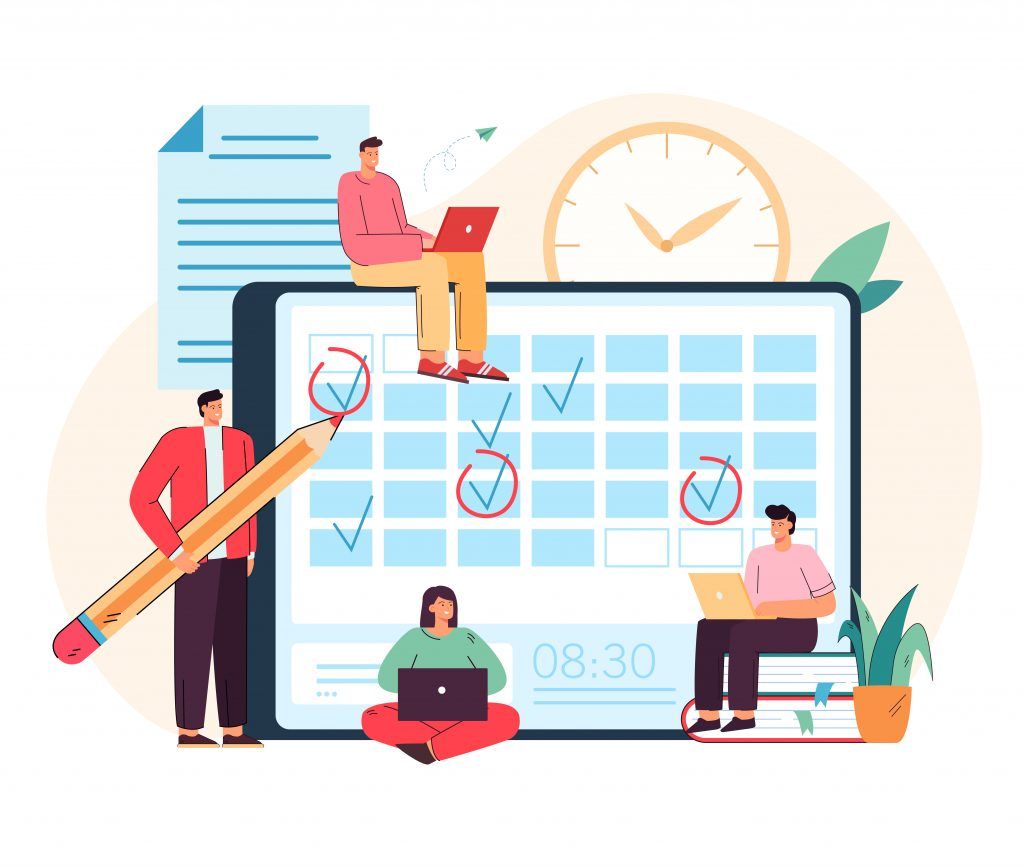 💚 What are the types of work schedules?

As mentioned before, a standard workstyle is performing the duties during business hours, e.g., from 8 to 5, five days a week. It means people should be available during the operation hours of their company. Such a model was introduced in Spain in the 16th century but was popularized by the transformation processes during the Industrial Revolution in Great Britain. Its primary goal was to prevent the abusive practices of employers who forced their employees to work even 16 hours a day.

The idea of an eight-hour day was recognized around the world a century ago, thanks to the International Labour Organization’s efforts.

The basic rules of the standard employment type also mention that the employer is required to ensure their workers at least one day of rest each week.

Besides standard employment conditions, companies are now introducing alternative work schedules. They differ one from another, but their primary goal leads to the same effect – increased productivity.

The most popular alternative work schedules are:

👉 Shorter workweeks -the most popular is a four-day work week, which means more work in less working hours.

👉 Shorter working days – a variant of the compressed workday, when you and your teammates work shorter hours (e.g., 6-7 hours per week) but have to complete all the tasks required for each day, doing your best in less time. Research shows that the shorter workdays make the people more motivated and focused on their assignments, but what they’re worried about the most is the pressure of having fewer hours to fulfill their duties,

👉 Shift work – used mostly by the companies that operate 24 hours per day. Most employees work different hours but usually overlap one hour into the next shift. It’s required to allow the employees to have at least eight hours rest between the shifts. Rotating shifts is a variant when the people work different shifts each day, and the shifts rotate between them.

👉 Overtime – working long periods, more than the standard 40 hours per week. Extra time goes with increased pay; the rate is discussed while filling the employment papers.

👉 Task-based contract – the employee is paid the fixed price not for hours worked but for the results of the tasks, they’re performing.

👉 No schedule – the number of hours depends on the employee as long as they’re meeting the requirements of their employer. They can work fewer hours or even devote a whole day to work if it suits them. As long as they’re productive and deliver the results of their work in time, the company allows them to work as they wish.

👉 Freelance – the length of the working day depends on the freelancer’s or contract worker’s will; they are paid for delivering their working results before the deadline.

All of the work schedules mentioned above suit both in-office and remote assignments. They have different impacts on an employee’s well-being and productivity; however, many companies still prefer the standard 40 hour work weeks.

But what’s exactly the point of these changes, and why do we need to introduce them?

💚 What causes the changes in the employment conditions?

Times are changing, and so is the work style. It’s caused mostly by the ambition to reinvent the work organization processes, looking for new ways to motivate and engage the employees, and help them work more efficiently without ruining their private lives.

But it’s not the only reason and the last two years of pandemics showed us that the work revolution is actually happening.

The research suggests that younger generations, especially Gen Z, which are now entering the workplace, are more exposed to work-related anxiety. They’re starting their careers in uncertain times, afraid of losing the job and having problems with finding another. These anxieties affect their mental health significantly; they’re complaining about long work hours combined with a lack of flexibility and time pressure.

And because of these struggles, many employees from the young generation are usually the first to be fired. The low performance and problems with meeting deadlines slow down productivity, and companies can’t afford this.

That’s why the GenZ members are actually the first social group that is actually concerned about the appropriate well-being of the workers, no matter the profession. Because of the high chances of being stress-exposed, they call for psychological assistance at workplaces.

And what’s the most important, their needs and presence on the labor market started a new movement in thinking about the working conditions. The growing popularity of remote work over recent years also redefined the approach to work.

So now it’s not about work-life balance anymore; it’s more about life-work balance. The idea draws attention that companies should be more life-oriented if they want their people to maintain a decent level of productivity. 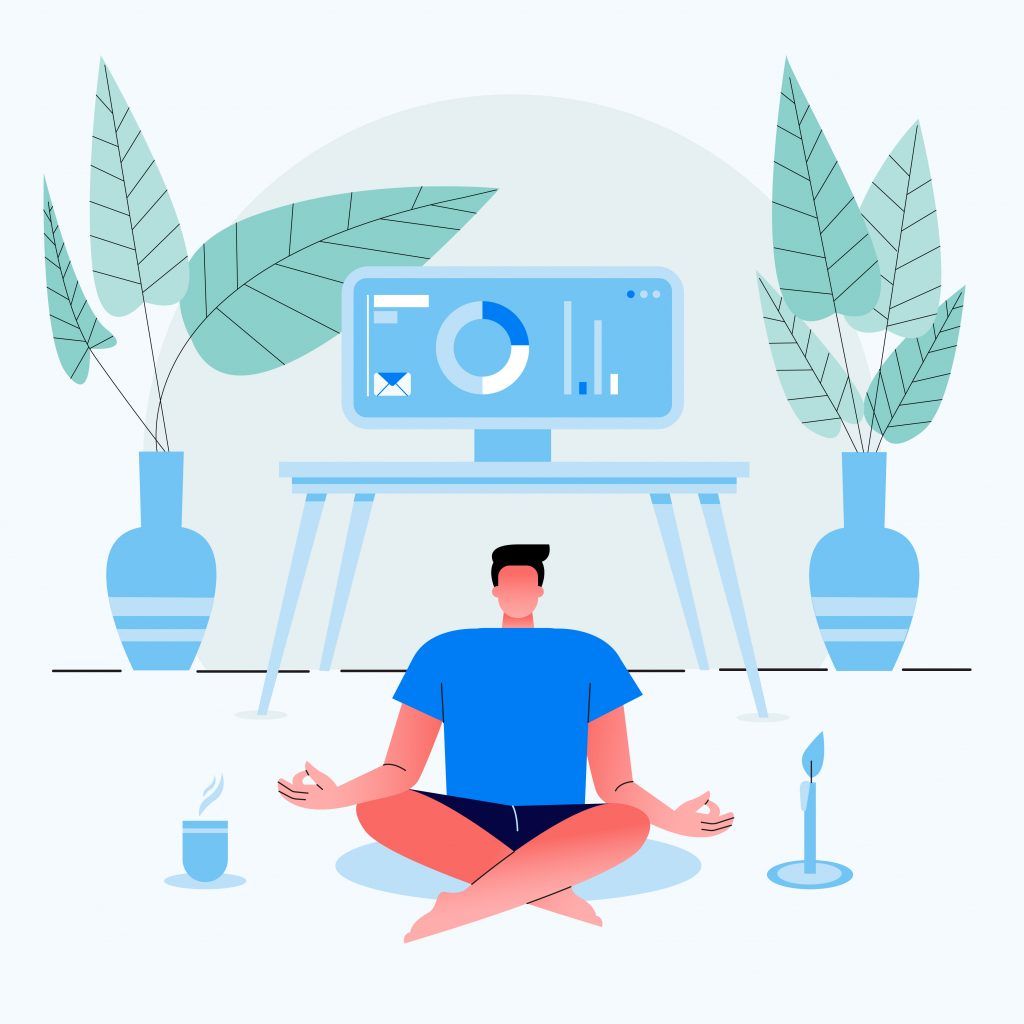 Whether an employee works shorter days or prefers a long run, an appropriate measurement of their working hours is essential.

Both hired people and employers who hire for an hourly rate should be concerned about the appropriate work hours tracking. Like punching cards or attendance lists signed in the morning, older systems are no longer accurate; they’ll fade into insignificance soon. They don’t answer if the employee is really performing their job; they inform the employers about their workers’ presence or absence.

Knowing the start/end hours is crucial for accurate employee billing, but knowing how many hours they work is not enough to measure the team’s productivity.

Most people tend to forget to sign the attendance list or punch the time card. Time trackers like TimeCamp are real-life-savers; their point is to do all the tedious work of hours tracking. The tool launches when the computer starts and tracks time automatically in the background. Timesheets are seamlessly filled with time entries, so there’s no longer a need to waste time doing it manually.

Each worker sends the timesheet to their manager, who can approve it or reject it (there’s a place to leave a note of what should be changed).

A huge help for appropriate hours per week tracking is also TimeCamp’s attendance features. Users can change the types of days – standard ones, vacation, sick leaves, or even mark they were working remotely during the particular day. It not only helps in the better organization but is also eco-friendly ;). 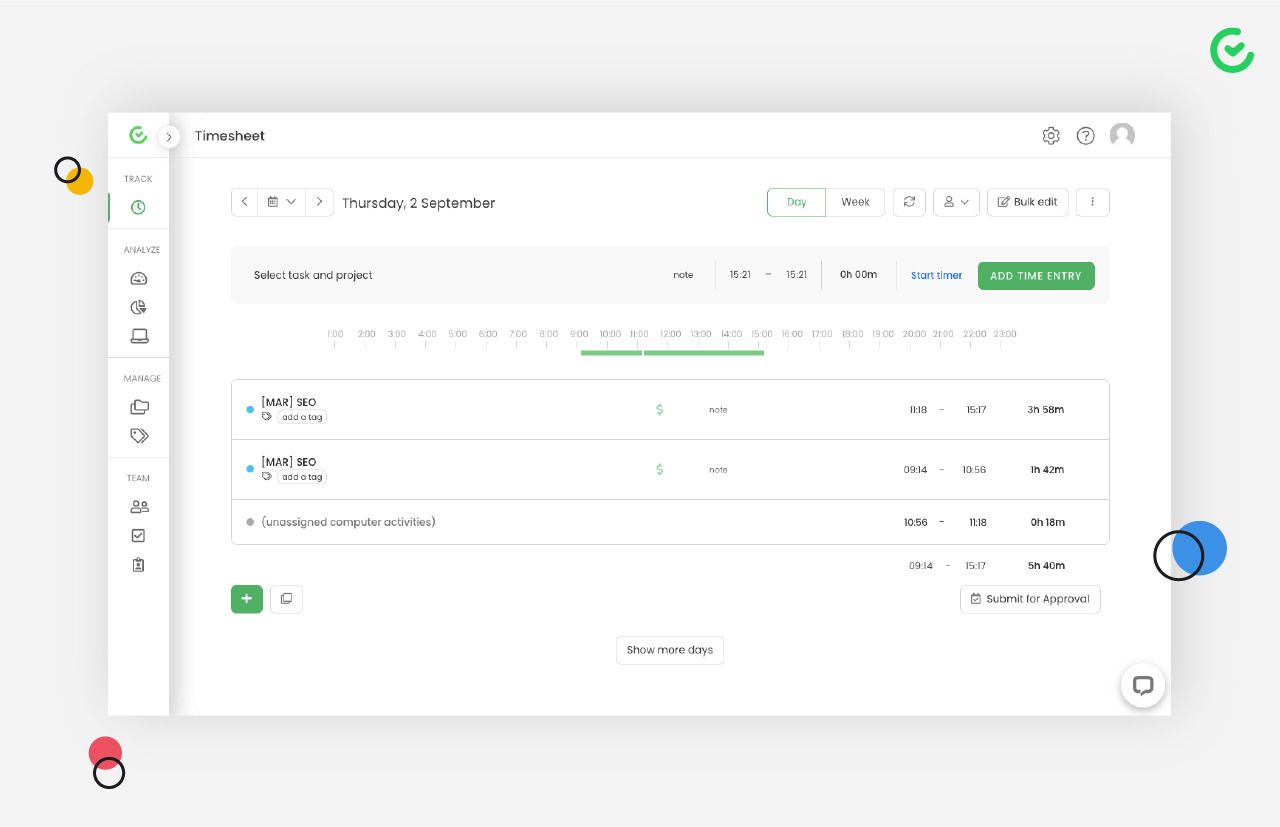 As mentioned before, TimeCamp tracks time automatically and shows the number of hours the person worked for a particular period, e.g., for a week or month. It’s essential for overtime tracking and helps pay fairly these employees who work extra time.

But as we know, some people prefer a lifestyle overwhelmed by more work and extreme productivity. However, the results may be impressive; they usually spend more time in the office than they should and neglect their health needs.

Is each extra hour of work really worth the problems that may occur in the future?

💚 What are the effects of working long hours?

World Health Organization and International Labour Organization research shows that overworking leads straight to premature death. The number of deaths has increased by 29% since 2000. The causes were mostly strokes and heart diseases.

When it comes to demographics, men are more exposed to working themselves to death (or, at least, to the diseases caused by working more hours a day than they should).

The most popular example of death from overwork comes from Japan; such a phenomenon is named Karoshi. Research suggests that people work more than 100 hours a week; one person died at the age of 34 after working 110 hours per week; the cause was a heart attack.

Sometimes the situation itself requires us to stay longer in the office, but if it happens again and again, we may start suffering from overworking and high stress exposure. The symptoms of overwork are pretty obvious, like:

The symptoms mentioned above lead straight to job burnout. It’s a psychological strain in response to chronic work stress characterized by continuous exhaustion and loss of identity. However, recent studies show that people experiencing it usually don’t relate work as the main cause of their feelings. Experts suspect there are other things behind job burnout, such as depression.

👉 Read our article on how many hours you should work a day.

There’s no good answer to the ideal number of working hours during the work weeks – it depends on the person itself and, of course, the employment requirements. Some of us prefer to do it quickly and ensure maximum focus and productivity. The others are truly productive, knowing they have acres of time to use. Both work styles have their own benefits.

That’s why the approach to working conditions is constantly changing, and alternative work schedules are showing up.

The point is to find a healthy balance between work assignments and life and between true productivity and working oneself to death.

Sending greetings to all the employers who let their people choose how they want to work!